How Can You Bypass the Incoming Recession Using OKRs? 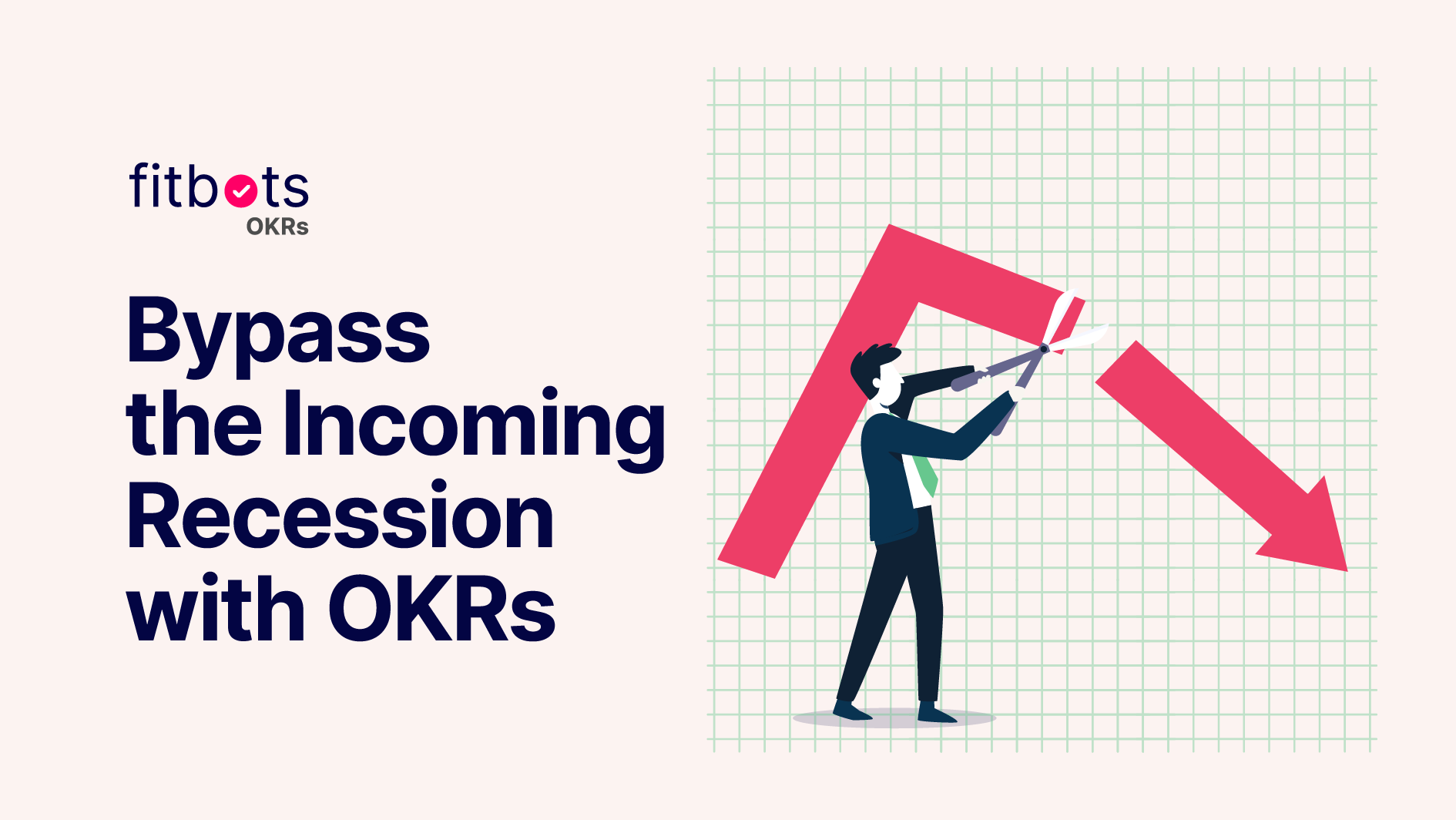 “Is the U.S. economy headed into a recession?” The question comes as consumer prices have climbed to their highest point in more than three decades—and as worries over inflation prompt a response from central banking authorities.

The looming question also comes amid continued supply-chain disruptions brought on by the COVID-19 pandemic, which have been exacerbated by Russia’s war in Ukraine.

“A recessionary period, defined as two or more consecutive quarters of negative GDP growth, may be inevitable in the coming months as the Federal Reserve plans to raise interest rates in an effort to crack down on inflation” Northeastern economists say.

This is because the federal government’s aggressive response to soaring unemployment at the onset of the pandemic has accelerated inflation. Inflation occurs when overall prices increase over a period of time, thereby diminishing the purchasing power of consumers—or the number of goods and services they can afford.

Although, the Federal Reserve did more than just reduce interest rates. It continued to extend excessive support to thousands of financial institutions in the country. Although that may have been considered the right thing to do during the pandemic, the real question remains if these policies have overstayed their welcome in the process of financial reform.

Most economists believed that few of these policies should have been reversed months ago while the recovery had already been underway. Delaying these further may cause enormous discrepancies to the US economy on the whole.

How Can We Avoid the Fear of Recession and Rising Inflation We’re Witnessing Currently – Using OKRs?

As individuals, we might not have a lot of control over what policies are being implemented by congress, but what we can do is stay prepared.

Let's consider an Objective that says “Build extra cash reserves in order to sustain the financial unsurety in case of massive recession/layoffs.”

KR 1: Increase cash in reserves from $X to $Y

The Federal Reserve hopes for a ‘soft landing’ for the US economy, but history suggests it won’t be able to prevent a recession.

There lies speculation of the Federal Reserve increasing the interest rates 7 times this fiscal year. If this turns out to be true, the inflation rate might be close to 10% by the end of the year.

Staying aligned with your objectives and goals may help you deviate from the unprecedented financial instability that the world is experiencing. One can be more risk-averse during times like these by having a base strategy alongside a structural plan of execution. OKRs is a framework that helps you prioritize and enhance planning for both personal and professional growth.

Varun Nankani is a finance enthusiast and a part of the Fitbots family as an OKRs Catalyst. His never-ending love for venture capital provides him with the zest to compare scenarios to the VC world and answer the questions based on “What would a VC do?”

👆. FOLLOW US
Checkout our latest blogs
Building a SaaS Company: Perspectives of a Female Founder
Our 10-Point Checklist for Your OKRs Roll Out
In a Hybrid World, Agile Is Fragile Without OKRs
50 Best Lead Indicators To Grow Your Business
OKR Champions Hall of Fame II - 2022
How Can You Bypass the Incoming Recession Using OKRs?
How do OKRs Differ From Performance Reviews?

Get your OKRs right with